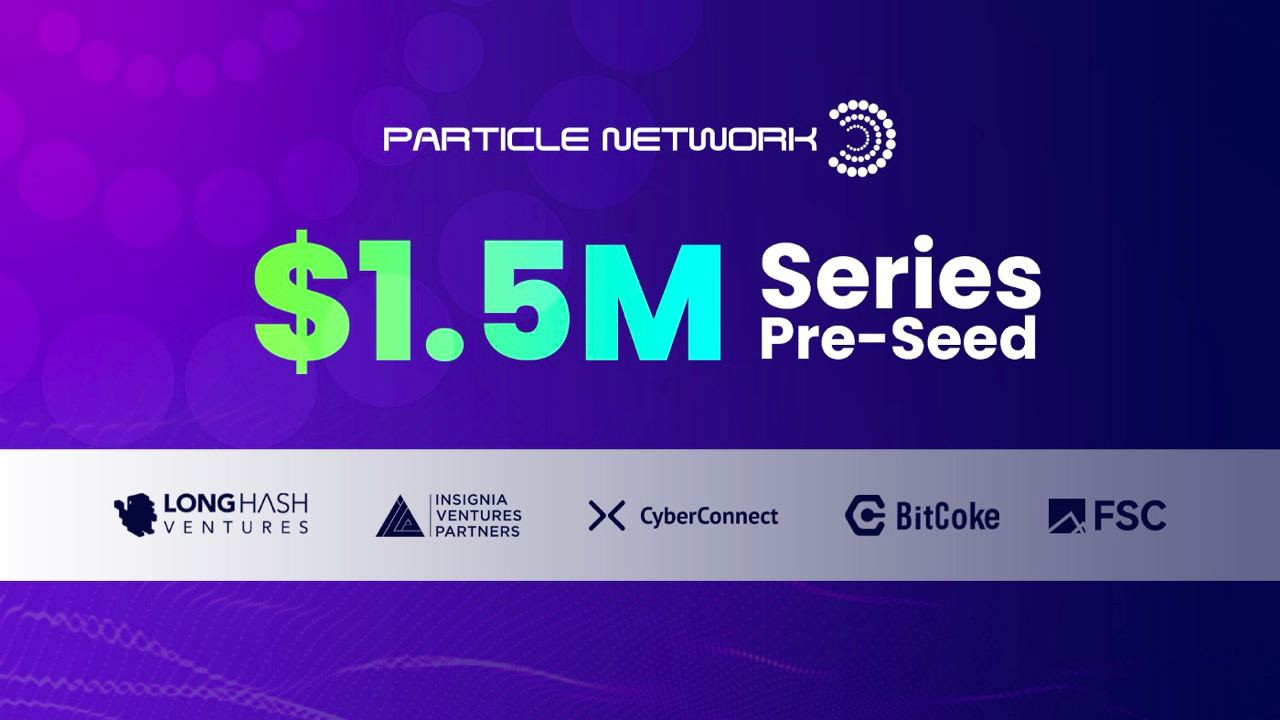 LongHash Ventures, one of Asia’s leading Web 3-focused venture funds and accelerator, has announced that it led a $1.5 million pre-seed funding round for Particle Network, a Web3 mobile game development platform that aims to accelerate game developers’ transition to Web3 by providing developers with the toolkit to build, host, and scale gaming dApps with ease.

“We’re excited to back Pengyu Wang and the team at Particle Network,” said Emma Cui, Founding Partner of LongHash Ventures. “This investment underlines our bullish thesis on Web3 gaming and, more specifically, Web3 mobile gaming. Particle Network removes one of the biggest obstacles to the development of the Web3 gaming ecosystem: the lack of Web3 mobile tech stack and social graphs that developers need to efficiently build and launch immersive gaming dApps. By providing a fully managed backend infrastructure, Particle Network enables developers to accelerate their Web3 game development.”

The funding round also includes participation from Insignia Ventures Partners, CyberConnect, BitCoke Ventures, 7 O’Clock Capital, FSC Ventures and Monad Labs. Particle Network will utilize the funds to grow its team, nurture its global developer community, and polish the launchpad to give developers the fastest path from idea to mass scaling Web3 games.

“We’re grateful to be backed by an incredible group of investors in this round of financing led by LongHash Ventures,” Particle Network Co-founder and CEO Pengyu Wang said. “When we first ventured into the Web3 world as devs, we realized we had to build the very basics of a mobile app from the ground-up. That, however, creates unnecessarily high barriers to Web3 mobile app building, and each dev reinventing the wheel to create an app does not contribute to Web3 in the long term. Now with Particle Network, developers can focus on creating amazing gaming experiences without worrying about building everything from scratch.”

LongHash Ventures is a Web3 investment fund and accelerator, collaborating closely with founders to build their Web3 model and tap into the vast potential of Asia. We launched our fund in January 2021 and invested in projects including Balancer, Acala, Instadapp, and Zapper.

With the LongHashX Accelerator, we have partnered with Polkadot, Algorand, and Filecoin to build more than 50 global Web3 projects which have raised more than $100m in the past four years. Through such investments and active collaboration, we are committed to realizing our mission of catalyzing growth for the next generation of the Web.